Posted on January 5, 2013 by kayjayaitch

Along with my Mother, Brenda and her dog Alice, I spent Christmas in the North of England, in the county of Staffordshire. We were in Dilhorne, an ancient village close to Cheadle and Uttoxeter. 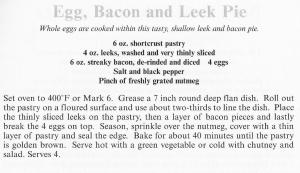 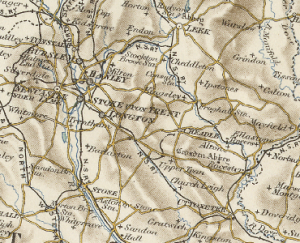 The weather was cold and damp but the countryside more than made up for it. Alice and I walked most days and on one of her more adventurous moments she decided to go for a swim in a fishing pond! Fortunately I managed to help her out over a rather dicy concrete ledge and we carried on our way. Thankfully she survived none the worse for wear and here she can be seen surveying the scene of her near demise. 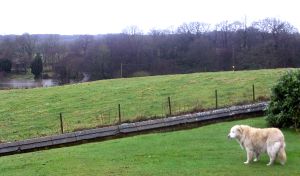 (The pond can be seen far left in the picture) 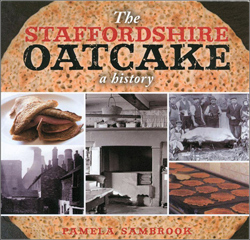 One of the best foodstuffs to come from Staffordshire is the oatcake. A North Staffordshire oatcake is a type of pancake made from oatmeal, flour and yeast. It is cooked on a griddle or ‘baxton’. The oatcake is a local speciality in this region of England. They are normally referred to as Staffordshire or possibly Potteries, oatcakes by non-locals, because they were made in this area. 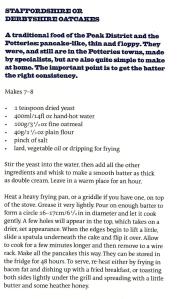 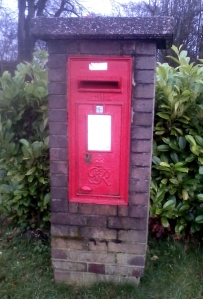 It was once common throughout the Potteries for oatcakes to be sold directly from the window of a house to customers on the street. The last producer in this style closed on the 25th of March 2012; however, there are many small commercial premises who sell oatcakes. Larger commercial enterprises exist that sell oatcakes to supermarkets and other large distribution chains. 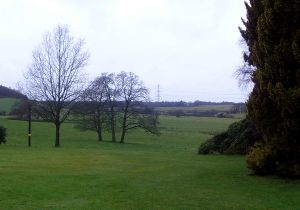 Like the Cornish Pasty, oatcakes can be a form of fast food. Catering outlets in the area usually offer oatcakes with fillings such as cheese, tomato, onion, bacon, sausage, and egg. They can also be eaten with sweet fillings such as golden syrup, jam or banana, but this is less common and frowned upon by traditionalists. 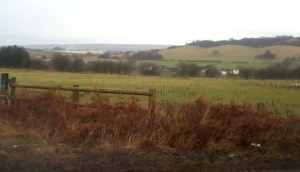 They are traditionally re-heated by steaming between two plates over a saucepan of water, though some may prefer frying in butter or grilling.

“Dilhorne, or Dilhorn, is a small but pleasant village, two and a half miles WNW of Cheadle and four miles E by N of Longton, comprising within its parish the townships of Dilhorne and Forsbrooke which support their poor conjointly. The former has 736, and the latter 843 souls, and they contain together about 3550 acres of land. Dilhorne Hall, the handsome seat of Edward Buller, Esq, the lord of the manor, stands in the centre of the village and was rebuit in the ancient style about 20 years ago. In the parish are several coal mines. Lady Pilkington, TH Parker, Esq, Bamford & Co, and a few smaller owners have estates here.
Forsbrook is a large village, near Blythe Bridge Station, three miles WSW of Cheadle. It has many good houses, occupied by farmers, publicans and tradesmen, and many cottages, occupied by coal carters and labourers.” (From History, Gazetteer and Directory of Staffordshire, William White, Sheffield, 1851) 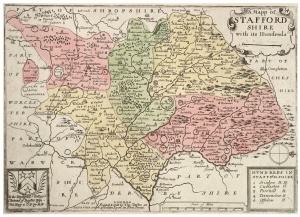 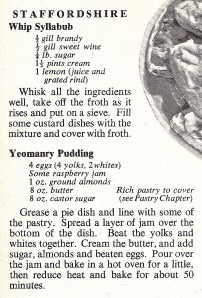 The map to the left is dated about 1870 and shows the lands and estates then current.

The syllabub itself is an ancient recipe, dating way back to the Elizabethans’ and was often made with ‘sack’ or sweet Mead (an alcoholic beverage made from honey) 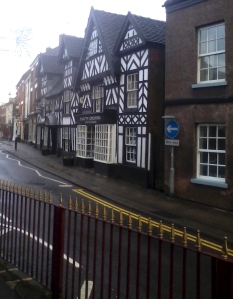 Oatcakes are also common to other areas of Britain. Wales has its own oatcakes as does Scotland.

The picture to the left is of the village of Cheadle in Staffordshire.