A Taste Of India

An earlier post here relates to an older publication much covered elsewhere on this blog. It is, as it says on the tin a little book, simply and beautifully

illustrated. I have used a fair number of the recipes which, although they appear simple in the written, are wonderful in the eating! 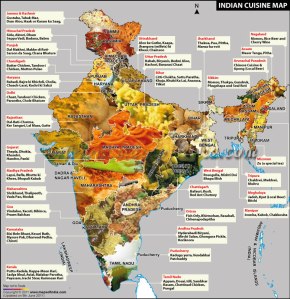 Curry is a dish originating in the cuisine of the Indian Subcontinent. The common feature is the use of complex combinations of spices or herbs, usually including fresh or dried hot chilies.

There are many varieties of dishes called curry. For example, in original traditional cuisines, the precise selection of spices for each dish is a matter of national, regional, cultural, traditional or religious practice. 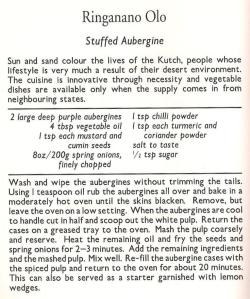 Such dishes are called by specific name’s that generally refers to their ingredients, spicing, and cooking methods.

Traditionally, spices are used both whole and ground, cooked or raw and they may be added at different times during the cooking process to produce different results.

The main spices found in most curry powders of the Indian subcontinent are coriander, cumin, and turmeric; a wide range of additional spices may be included depending on the geographic region and the foods being included (fish, lentils, red or white meat, rice, and vegetables)

Curry powder, a commercially prepared mixture of spices, is largely a Western creation, dating back to the 18th century. Such mixtures are commonly thought to have first been prepared by Indian merchants for sale to members of the British Colonial government and army returning to Britain.

Dishes called curry may contain fish, meat, poultry, or shellfish, either alone or in combination with vegetables. Additionally, many instead are entirely vegetarian, eaten especially among those who hold ethical or religious proscriptions against eating meat or fish. 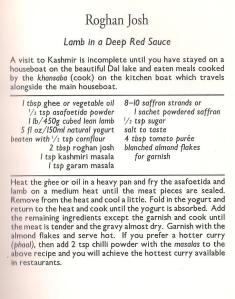 Curries may be either “dry” or “wet”.

Dry curries are cooked with very little liquid which is allowed to evaporate, leaving the other ingredients coated with the spice mixture.

Spices are grown across the Indian subcontinent (a sub-region of South Asia). With different climates in different parts of the country, India produces a variety of spices, many of which are native to the Subcontinent, while others were imported from similar climates and have since been cultivated locally for centuries.

Spices are used in different forms: whole, chopped, ground, roasted, sautéed, fried, and as a topping. They blend food to extract the nutrients and bind them in a palatable form. Some spices are added at the end as a flavouring and are typically heated in a pan with ghee (clarified butter) or vegetable oil before being added to a dish. Lighter spices are added last, and spices with strong flavour should be added first.

Curry is not a spice, but a term used by Western people and refers to any dish in Indian cuisine that contains several spices blended together, whether dry or with a sauce base. 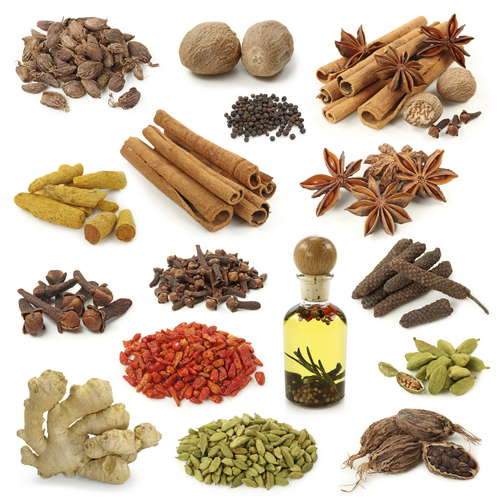