The name is a bit of a jaw-cracker but Jean Anthelme Brillat-Savarin was probably the first food critic. Born in the town of Belley, where the Rhône River separates France from Savoy to a family of lawyers, he studied law, chemistry and medicine in Dijon in his early years and later practiced law in his hometown.

In 1789, at the opening of the French Revolution, he was sent as a deputy to the Estates-General that soon became the National Constituent Assembly, where he acquired some limited fame, particularly for a public speech in defence of capital punishment.

His father Marc Anthelme adopted his second surname in 1733 upon the death of an aunt named Savarin who left him her entire fortune on the condition that he adopt her name.

He returned to Belley and served as the elected mayor for a year. At a later stage of the Revolution there was a bounty declared on his head and he sought shelter in Switzerland with relatives’ in Moudon and then in the hôtel du Lion d’Argent in Lausanne.

He later moved to Holland, and then to the United States, where he stayed in Boston, New York, Philadelphia and Hartford, living on the proceeds of giving French and violin lessons. For a time he was first violin in the Park Theatre in New York. 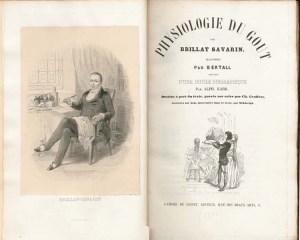 He returned to France under the Directory in 1797 and acquired the magistrate post he would hold for the remainder of his life, as a judge of the Court of Cessation.

“Grimod and Brillat-Savarin: Between them, two writers effectively founded the whole genre of the gastronomic essay.”

He published several works on law and political economy. He remained a bachelor, but not a stranger to love, which he counted the sixth sense: his inscription of the Physiologie to his beautiful cousin Juliette Récamier reads

“Madam, receive kindly and read indulgently the work of an old man. It is a tribute of a friendship which dates from your childhood, and, perhaps, the homage of a more tender feeling . . . How can I tell? At my age a man no longer dares interrogate his heart.” 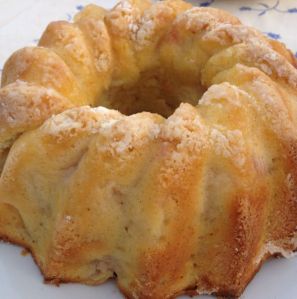 Food writer and critic M. F. K. Fisher, who first translated the work into English, first published in 1949, remarked “I hold myself blessed among translators.”

Besides Latin, Brillat-Savarin had five other languages and when the occasion arose he wasn’t shy of utilising them. The philosophy of Epicurus lies at the back of every page of the Physiologie. The simplest meal satisfied Brillat-Savarin, as long as it was executed with artistry:

“Those persons who suffer from indigestion, or who become drunk, are utterly ignorant of the true principles of eating and drinking.”

The savarin mould, a ring mould with a rounded contour, and Gâteau Savarin are named in his honour. His reputation was revitalized among modern gastronomes in many parts of the world, by his influence over Chairman Kaga of the TV series “Iron Chef” (Japan) which introduced to millions to his famous aphorism:

“Tell me what you eat, and I will tell you what you are.” 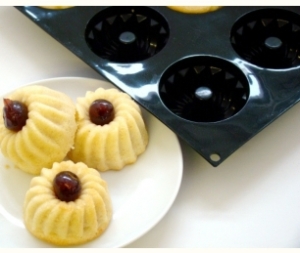 Brillat-Savarin is often considered as the father of low-carbohydrate diet. He considered sugar and white flour to be the cause of obesity and he suggested instead protein-rich ingredients.

‘. . . sure enough, carnivorous animals never grow fat (consider wolves, jackals, birds of prey, crows, etc.). Herbivorous animals do not grow fat easily, at least until age has reduced them to a state of inactivity; but they fatten very quickly as soon as they begin to be fed on potatoes, grain, or any kind of flour . . . The second of the chief causes of obesity is the floury and starchy substances which man makes the prime ingredients of his daily nourishment. As we have said already, all animals that live on farinaceous food grow fat willy-nilly; and man is no exception to the universal law.’

‘Whoever receives friends and does not participate in the preparation of their meal does not deserve to have friends.’

An avid cheese lover, Brillat-Savarin remarked: “A dessert without cheese is like a beautiful woman with only one eye.” 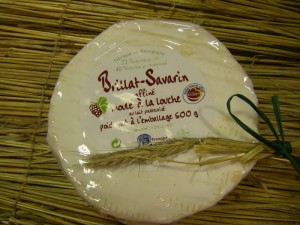 “A man who was fond of wine was offered some grapes at dessert after dinner. ‘Much obliged’, said he, pushing the plate aside, ‘I am not accustomed to take my wine in pills’.”

“To receive guests is to take charge of their happiness during the entire time they are under your roof.”

“Cooking is one of the oldest arts and one that has rendered us the most important service in civic life.”

“The pleasure of the table belongs to all ages, to all conditions, to all countries, and to all areas; it mingles with all other pleasures, and remains at last to console us for their departure.”

Brillat-Savarin is France’s original triple cream Brie, created c.1890 as “Excelsior” or “Délice des gourmets” by the Dubuc family, near Forges-les-Eaux, and named after the writer Jean Anthelme Brillat-Savarin, who had a passion for cheese. Brillat-Savarin was also a well respected politician, lawyer and gastronome. The cheese was named after him as a sign of respect for all that he had achieved for France.