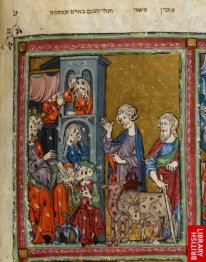 The link between the field and the pharmacy has been a part of everyday life for thousands of years.

Home remedies, herb-lore and housewives tales fuelled the researches, begun by the ancient Greeks and Romans, to become a pillar of medical therapy from antiquity right through the Middle Ages and on into the renaissance. 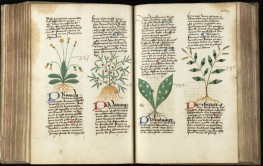 For the most part, medications were derived from the natural world, plant, mineral or animal, to produce results from the combination of different substances, each with their own specific properties and therapeutic effects. 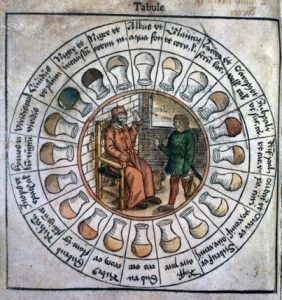 From the plethora of information that ensued there arose a diaspora of knowledge, far and wide, informing physicians and apothecaries of the useful properties and therapeutic powers of natural remedies which led to the development of an immense quantity of literature, in both the West and the East.

Such a work, involving countless texts ranging from herbals, bestiaries and medical lapidaries as well as miscellanies including all three types of substance became a large and for the most part unwieldy source of definitive answer. 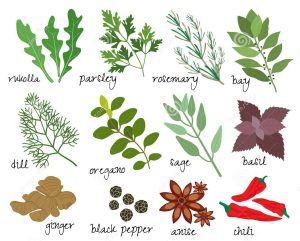 The process of reconstructing and refining such a broad work as the development of pharmacological and pharmaceutical literature in Greek, Arabic and Latin is complex and time consuming in itself, but much is still much to be done.

Add to that the fact that there is very little solid connection between the texts that were produced and how they influenced each other and the sheer timescales involved. 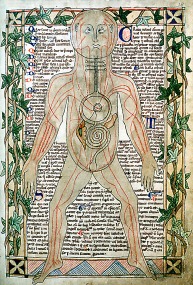 A collection of medical recipes describing nature and the therapeutical properties of natural elements, compiled in the 11th to 13th centuries known as the ‘Liber de simplici medicina’ (book on simple medicine) or ‘Circa instans’ was attributed to a certain ‘Platearius’, possibly a Salernitan physician.

The pragmatic, user-friendly structure of ‘Circa instans’ made it especially useful to medical practitioners. The collection provides a selection of about 270 natural substances derived from plants, animals and minerals. Plants are the most consistently represented category while the text is structured in alphabetical order, regardless of whether the substance is animal, vegetable or mineral. 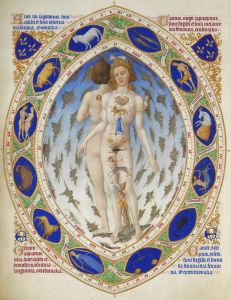 The Medieval Period lasted from around 476 to 1453 AD, starting around the fall of the Western Roman Empire.

The Early Medieval period began when invasions broke up Western Europe into small territories run by feudal lords which led to the majority of people living in rural servitude.

By 1350, the average life expectancy was a mere 30-35 years and 1 in 5 children died at birth. There were no facilities for public health or education and communication was poor.

People were also superstitious, the majority couldn’t read or write, and there was no schooling and the local apothecary (or wise-man/woman) would provide herbs and potions to maintain the general health of the local demesne. 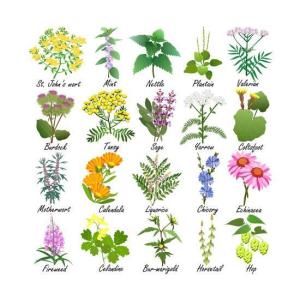 So how does all this affect Granny Robertson and her early twentieth century world I hear you ask. Well, considerably more than should be expected I imagine.

She received not only recipes but holistic potions handed down through the family, mainly by word of mouth, but there were also the long held truisms from the most bedded down rural communities that, despite huge advances in medical treatment remained true.

She would not have approved of this, her world was closed. God, the church, education, respectful manners and respect for what had gone before were her watch words while medicinal chicanery and ancient herblore were as the saying goes, ‘kept under wraps’

How swiftly and consumately the world changes.