The Stork and the Cake

A Richer Cake, a Better Cake? 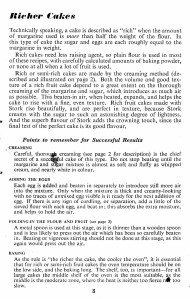 The style of a cake is as much of a fad as a piece of music.

It can be as rich and grandiose as an opera or as light and fluffy as a pop tune. It can be as intricate as a jazz classic or as heavy as a rock ballad. As complex as a Shubert sonata or as simple as a nursery rhyme.

In the home kitchen the cake is, or should be, a staple; the cornerstone of the home-cooks repertoire! 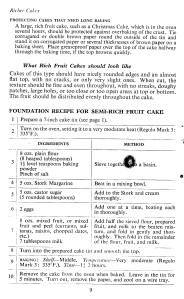 Is your beef roasted to a cinder? Are the potatoes so hard that a jack-hammer is required to crack them? Are the vegetables greyer than a snow laden sky?

A slice of rich Madeira with that universal panacea, a nice cup of tea, will set the world to rights! And then some! Throw in a couple of fresh-baked scones with jam from the summer store cupboard and clotted cream and all’s right with the world once more!

The argument between butter and margarine is an old contention dating back to the Victorian era when margarine was but a very cheap substitute. But a bad cook cannot blame his ingredients any more than a bad workman can blame his tools.

The language of cooking has got to be the recipe, not the cook.

Here, from the Stork book, I give their take on the richer cake.