A Toast Of England

The ‘Sally Lunn’ is not really a cake at all. It is best described as a large, plain white bap said to have originated in the City of Bath, a stately old town in the South-West of England. The dough is enriched with eggs and butter and the form is that of a disc approximately 5-6 inches across and 3-4 inches tall. They should have a soft, light texture.

There are a couple of differing versions of the origin of the name. One says that she was a real person, an emigre French bakery worker in Bath whose real name was ‘Soulange Lyon’

Another, that they were first made by French refugees in the 18th century and known as ‘soleil et lune’

Both examples could easily have been anglicised to ‘Sally Lunn’ in the common parlance.

Traditionally they are best served warm. They should be split and smothered with melted butter, as with muffins and crumpets.

They may also be made with all sandwich fillings, savoury and sweet. 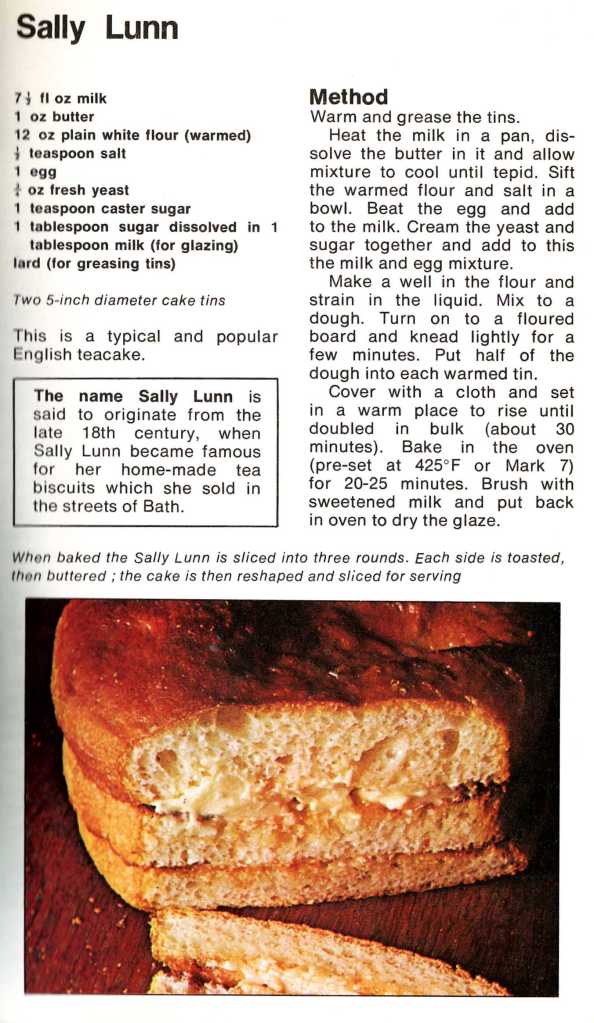