Ten Things You Probably Didn’t Want To Know About . . . 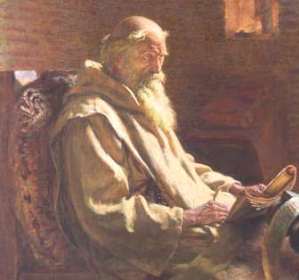 The languages of the world have quite a variety of names for Christmas. That’s not surprising, what with the language issues involved but it turns out that our Christmas is arbitrarily loaded with words that mean something else. And while many people frown upon the seemingly modern abbreviation of Xmas, X stands for the Greek letter chi, which was the early abbreviation for Christ or the Greek ‘Khristos’. The X also symbolises the cross on which Christ was crucified. The Angles, Saxons and Jutes, the original Germanic invaders, were not Christian, but nevertheless still engaged in celebrations on the 25th December in a festival known as Yule, which is still celebrated by Neo-Pagans across the world. In the 8th century, The Venerable Bede wrote: ‘They began the year with December 25th, the day we now celebrate as Christmas; and the very night to which we attach special sanctity they designated by the heathen mothers’ night, a name bestowed presumably on account of the ceremonies they performed while watching this night through. (De temporum tione)’ 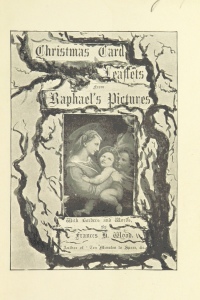 2) The pagan festival has some association with fertility and possibly involved ceremonial copulation creating a link between Yule and Christmas. When the date of Christ’s birth was decided, by Pope Julius I a link was forged with the pagan’s celebration of birth by which the Roman Church sought to create a mandate for the early Christians to continue attempting to convert the pagans of Europe by pursuing a policy of continuity.

3 ) From the time of Charlemagne, the great Frankish king, who was crowned Holy Roman Emperor on Christmas Day 800 at St. Peter’s Basilica in Rome, the ‘Christian’ Christmas slowly grew in importance despite the longer established Anglo-Saxon Christmas traditions. According to Egbert of York, a contemporary of Bede: ‘the English people have been accustomed to practice fasts, vigils, prayers, and the giving of alms both to monasteries and to the common people, for the full twelve days before Christmas’. Alfred The Great whose stepmother, Judith, was great-granddaughter of Charlemagne, was greatly influenced by the Frankish Court. It seems he shared their view of the importance of Christmas as a festival. One of Alfred’s laws stated that twelve days of holiday was to be taken by all but those engaged in the most important of occupations from Christmas Day to Twelfth Night. It has been noted that Alfred’s rigorous observance of his own law left him so vulnerable to his Viking adversaries that it led to his defeat in battle on 6th January, 878: the day after Twelfth Night.

4 ) One of the most interesting aspects of the Christian Christmas is the mention of alms-giving which can be seen as the predecessor of modern day Christmas presents, a tradition that almost certainly came about in imitation of the Three Wise Men bringing the infant Christ Gold, Frankincense, and Myrrh. Alms were charitable relief given to the poor, without expectation of payment during both the Anglo-Saxon and Christian communities. These can also be seen as the start of the more traditional fund raising organisations such as the Salvation Army and linked to numerous other charitable Christmas acts.

5 ) Carols flourished in Tudor times as a way of celebrating Christmas and to spread the story of the nativity but came to an abrupt end in the 17th century when the Puritans under Oliver Cromwell banned all superfluous festivities including Christmas and Easter. Carollers on the doorstep is in fact a result of carols being banned in churches during this time, although carols remained in a virtual wilderness until the Victorians reinstated the concept of an ‘Olde English Christmas’. This included traditional gems such as While Shepherds Watched Their Flocks By Night and The Holly and the Ivy as well as introducing a plethora of new hits such as Away in a Manger and O Little Town of Bethlehem, to mention but a few. The earliest recorded published collection of carols dates back to 521 and is by Wynken de Worde which includes the Boars Head Carol.

6 ) Mince Pies were originally baked in rectangular cases to represent the infant Jesus’ crib and the addition of cinnamon, cloves and nutmeg was meant to symbolise the gifts bestowed by the three wise men. Traditionally the pies are not very large and it was considered good luck to eat one mince pie on each of the twelve days of Christmas. The original mince pies were made of a variety of shredded meats along with spices and fruit. The out-pouring of Christmas spirit might entice a Lord to donate the unwanted parts of the family’s Christmas deer, the offal, or ‘umbles’, to make the pies go further.  The poor could be said to be eating ‘umble pie’, an expression now used to to describe someone who has fallen from the pedestal of high achievement to a far more modest level. It is only since the Victorian era that the recipe came to include only spices and fruit. 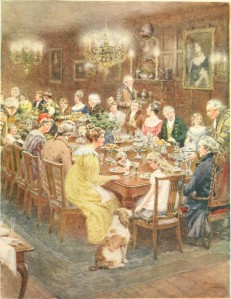 7 ) Over the intervening centuries, serious Christmas day feasting would have been the reserve of royalty and the landed gentry. In medieval times goose was the most common option while venison was also popular alternative, although the poor were not allowed to eat the best cuts of meat. Turkey was first introduced into Britain in about 1523 with Henry VIII being one of the first people to eat it as part of their Christmas feast. The popularity of the bird grew quickly and soon around October large flocks of turkeys could be seen walking to London from Norfolk, Suffolk and Cambridgeshire on foot; a journey which they may have started as early as early as August! And while many poor people made do with hare, rabbit or if they were lucky, goose, the Christmas Day menu for Queen Victoria on the other hand included both beef and a roast swan or two. By the end of the century 18th most people feasted on turkey for their Christmas dinner. With feet clad in fashionable but hardwearing leather the unsuspecting birds would have set out on the lengthy hike from their rural farms to arrive somewhat tired and on the scrawny side they must have thought London hospitality unbeatable as they feasted and fattened up in the last few weeks before Christmas! 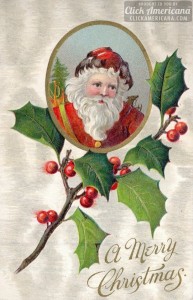 8 ) The burning of the Yule Log is thought to derive from the midwinter ritual of the early Viking invaders, who built enormous bonfires to celebrate their festival of light. The word ‘Yule’ has existed in the English language for many centuries as an alternative term for Christmas. Traditionally, a large log would be selected in the forest on Christmas Eve, decorated with ribbons, dragged home and laid upon the hearth. After lighting it was kept burning throughout the twelve days of Christmas. It was considered lucky to keep some of the charred remains to kindle the log of the following year.

9 ) Christmas Day was a national holiday, spent by the gentry in their country houses and estates. People went to church and returned to a celebratory Christmas dinner. Boxing Day on the other hand has traditionally been seen as the reversal of fortunes, where the rich provide gifts for the poor. In medieval times, the gift was generally money and it was provided in a hollow clay pot with a slit in the top which had to be smashed for the money to be taken out. These small clay pots were nicknamed “piggies” and thus became the first version of the piggy banks we use today. Unfortunately, Christmas Day was also traditionally a “quarter day”, one of the four days in the financial year on which payments such as ground rents were due, meaning many poor tenants had to pay their rent on Christmas Day! 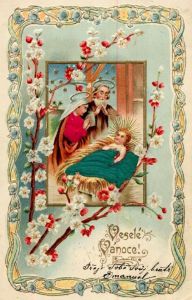 10 ) The Christmas Crib originated in 1223 in medieval Italy when Saint Francis of Assisi explained the Christmas Nativity story to local people using a crib to symbolise the birth of Jesus. When seeking information on a Georgian or Regency Christmas, who better to consult than Jane Austen? In her novel, ‘Mansfield Park’, Sir Thomas gives a ball for Fanny and William. In ‘Pride and Prejudice’, the Bennets play host to relatives. In ‘Sense and Sensibility’, John Willoughby dances the night away, from eight o’clock until four in the morning. In ‘Emma’, the Weston’s give a party.

What do you want to do ?

This entry was posted in Christmas. Bookmark the permalink.