A New Home For the Archive 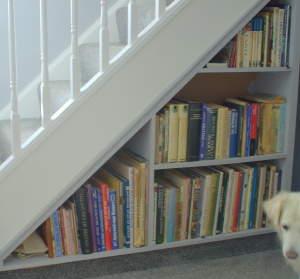 Following a fairly major refurbishment over the past six months the archive has finally moved to its new permanent home in a purpose built space under the stairs.

The cookbook itself remains tucked away in its own drawer for safekeeping but the remainder are now in a far more accesible location.

With Christmas approaching it will soon be time to review some of the older posts and introduce some new infomation that came to light during  the move.

The previous posts remain of course, the Chrismas cakes and assorted national breads, the sweets and mince pies, the games and pastimes of a far less digitised and electronic age.

Not forgetting of course the traditional Christmas Dinner with all the trimmings.

All being equal, everything on the posting front should resume shortly.