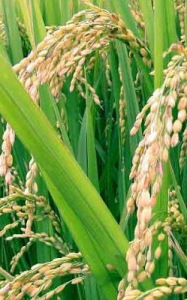 2) Archaeological excavations throughout Asia indicate that the domestication of rice oryza sativa, occurred some seven thousand years ago in Asia. Many places claim the honour of being the first but evidence suggests that it occurred in many centres of population at roughly the same time.

3) First domesticated on flood-plains as a shallow or deep water crop, the cultivation of rice later extended to the rain-fed uplands and rapidly spread throughout Asia as a principal foodstuff.

4) Rice is a unique crop. Archaeological excavations throughout China indicate that the domestication of rice oryza sativa, occurred some seven thousand years ago.

5) In 1951 Nikolai Ivanovich Vavilov put forward the theory that rice domestication occurred in India based on the excavation of rice grains at Hasthinapur, Uttar Pradesh at between one thousand and seven hundred and fifty years BC and the appearance of references to rice in ancient Hindu scripts as far back as fifteen hundred years BC.

6) Effectively  older than wheat, corn and barley the growth of rice production can be seen as running parallel to human civilization formany  thousands of years.

7) The OED’s first citation for the word rice can be found in the household accounts of King Henry III in 1234. Costing 1½d lb rice was considered as a spice and its use was carefully logged and it was kept locked up in the spice cupboard. 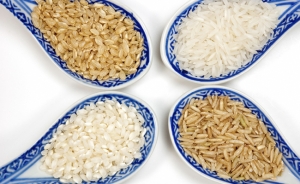 8) The Black Death,  which ravaged Europe from 1348 to 1352, and then recurred at irregular intervals as Bubonic Plague, has been credited with the introduction of rice to the northern Mediterranean.

9) In England, in 1585, rice steeped in cow’s milk with white breadcrumbs, powdered fennel seed and a little sugar was thought good for increasing the flow of milk in a nursing mother’s breasts. 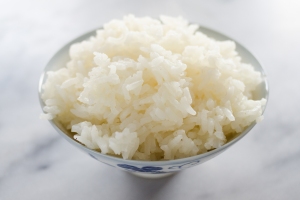 10) As the availability of cheap rice from overseas possessions increased rice slid further down the British markets and began being taken by countries far remote from where it grew. Farm workers in 19th century Norway ate a porridge of water and barley on working days, milk and barley on Sundays, but milk and rice for feasts of celebration, while in Finland, rice porridge was served as dessert on Christmas Eve.

This entry was posted in The Evolution Of . . ., World Cuisine. Bookmark the permalink.