The Origins Of Vegetarianism 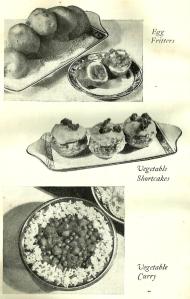 The images illustrating this article are from Womans Own magazine of the forties and early fifties when vegetarianism was still somewhat of a new fangled fad to the average family. The health benefits were being widely promoted but the old ideal that a meal was incomplete without meat still prevailed and was going to take some time to modify. Oddly enough wartime rationing in Europe as a whole had inadvertantly aided the cause.

The deliberate avoidance of flesh eating has appeared sporadically throughout the ages either as a temporary purification or as qualification for a ritual priestly function. Around the middle of the 1st millennium BC it crept more or less simultaneously into India and the eastern Mediterranean. 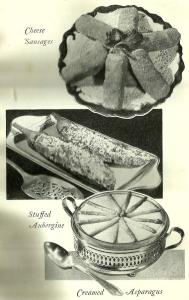 In the Mediterranean the avoidance of flesh is first recorded as a teaching of Pythagoras of Samos (530 BC) and his followers. The Pythagoreans also rejected beans and mallows, possibly influenced by Egyptian priestly customs in the Fertile Crescent. The Pythagoreans claimed that the sphere of all animal existence was a basis for human benevolence toward other creatures,  and that as such they should not be killed for food.

Many of the pagan philosophers, from Plato and Epicurus to Plutarch recommended a fleshless diet since the idea carried with it a condemnation of bloody sacrifices in worship and was often associated with a belief in the reincarnation of souls, with a search for principles of cosmic harmony by which human beings could live.

In India the Buddhists and Jains refused to kill animals for food, on ethical and ascetic grounds, claiming that human being should not inflict harm on any sentient creature. The idea was soon taken up in Brahman circles and was applied especially to the cow. The idea carried with it condemnation of bloody sacrifices and was often associated with a feeling for cosmic harmonies.

In India, though Buddhism was gradually declining, the ideal of harmlessness spread steadily in the 1st millennium AD until many of the upper castes and even some of the lower, had adopted it. Beyond India it was carried widely northward and eastward, as far as China and Japan. In some countries, fish were included in an otherwise fleshless diet.

The monotheistic traditions that grew up and came to power in the West were less favorable to vegetarianism. In the Hebrew Bible it is recorded that in Paradise the earliest human beings had not eaten flesh and that it was permitted only after Noah’s flood though the blood in it, being the very life of it, was not to be consumed. 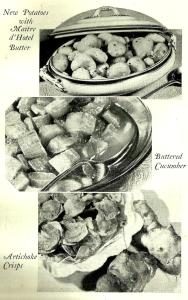 Jewish groups and some early Christian leaders disapproved of flesh eating as a luxury, gluttonous, cruel, and expensive while some Christian monastic orders ruled out flesh eating, and its avoidance has been a penance even for lay persons. Many Muslims have been hostile to vegetarianism though some Muslim Sufi mystics, the chief guides of Muslim spiritual life, recommended a meatless diet for spiritual seekers until Akbar, the 16th-century Muslim emperor in India, recommended a fleshless diet as a Sufi custom.

With the transformation of Western and then world life in modern times, vegetarianism also entered a new phase as part of the humanitarianism of the 17th and 18th centuries in Europe sensitivity to animal suffering was revived and with it the Pythagorean disapproval of flesh eating. 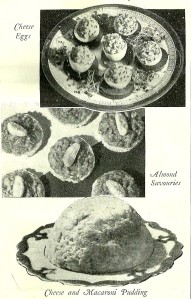 Certain Protestant groups came to the fleshless diet by way of their perfectionistic reading of the Bible, while Voltaire, Shelley and Thoreau offered diverse philosophic views that advocated vegetarianism.

Vegetarians of the early 19th century usually condemned the use of alcohol as well as flesh and appealed as much to the nutritional advantages of light fare, in contrast with the rich, meat heavy diet of the day. As always, vegetarianism tended to be combined with other efforts toward a humane and a cosmically harmonious way of life.

During the 19th century the movement began to produce results even among non-vegetarians and by the early 20th century it was contributing substantially to the drive to vary and lighten the non-vegetarian’s diet. Foods such as peanut butter and cornflakes were invented by vegetarians in the United States while in other places a vegetarian diet was regarded simply as one of many disciplines recommended for specific disorders. 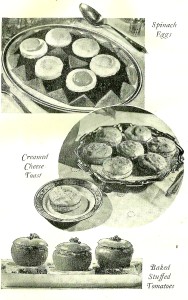 In Germany, the fleshless diet was regarded as only one element in vegetarianism, which was expected to be a comprehensive reform of life habits, the term being derived not from ‘vegetable food’ but directly from the Latin vegetus, meaning ‘active, vigorous’.

The movement as a whole was always carried forward by ethically inclined individuals, such as Leo Tolstoy and George Bernard Shaw as well as by certain religious sects, while some Biblical Christian sects in both England and the United States took the lead in establishing national vegetarian societies, with the first such being formed in England in 1847.

On the back of a growing number of vegetarian societies throughout the world the International Vegetarian Union was created in 1908. In the West a special industry to process high-protein vegetable foods to simulate various meats in form and flavour has grown up to ease the transition from flesh eating to health food. Stores offer products conforming to vegetarian tastes while vegetarian societies publish recipes that centre on the tasty use of legumes, nuts, cheeses, and eggs while the International Vegetarian Union works toward developing foods and medicines more in line with vegetarian ethical standards.

This entry was posted in The Evolution Of . . . and tagged ethical, meatless, religeous. Bookmark the permalink.