A Series Of Grim Warnings

Ah, how times have changed.

In these days of self empowerment and political correctness even to suggest that a person of a certain age (generally under sixteen and, gasp, female!) should have any kind of minor defect would be a personal affront that would demand immediate repudiation and or significant retail therapy!

But not so in these quaint little ‘cautionary tales’ taken from Bunty, a story book from the seventies aimed at teenage girls.

Alongside the usual pony stories and pretty-boy pop group pin-ups I found these amusing treats.

There are six in all and I begin with the Scruffy Story, the Hair Care story and lastly the Nail story.

What teenager these days in anything even approaching  their right mind (if such a mythical beast actually exists) would care to be insulted by the suggestion of such ‘anti-social’ traits.

Suggestive of possible fatal consequences, as in the ‘Scruffy Story‘ I think it would be difficult to publish such subversive material today.

I shall add the the final three cautionary tales concerning the dentist, untidiness and slimming, later.

But in all honesty alongside the nifty drawing and nicely composed verse there is a rich seam of rather black humour! 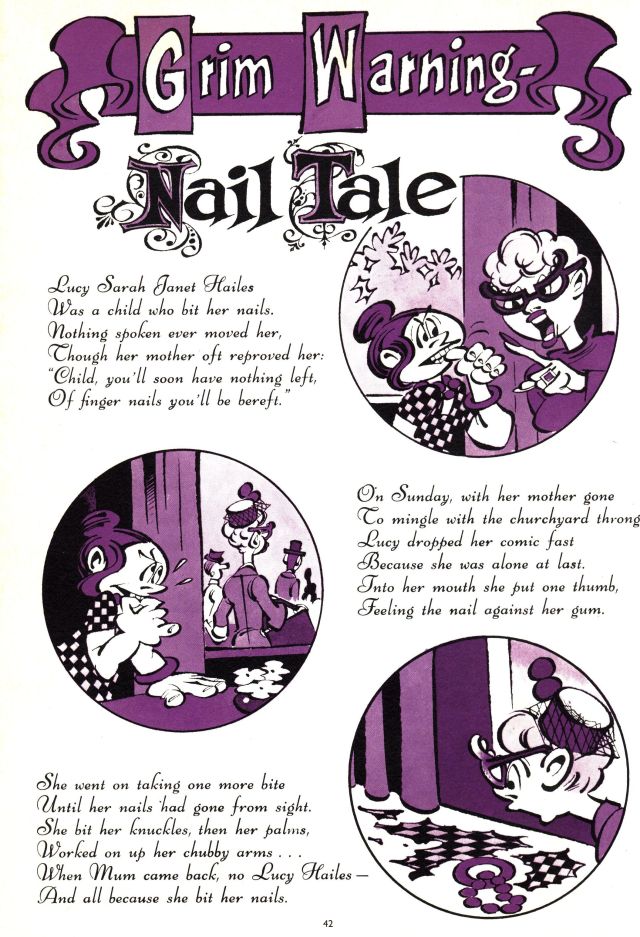 I rest my case! And on that note I fade away myself.

4 Responses to A Series Of Grim Warnings