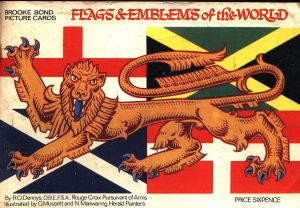 Brooke Bond & Company was founded by Arthur Brooke, born in Ashton-under-Line, Lancashire in 1845.

Brooke added ‘bond’ to the company name because it was his ‘bond’ to his customers to provide them with the best quality tea.

He opened his first tea shop at 23 Market Street, Manchester in 1869 and in 1870 the company expanded into wholesale tea sales. 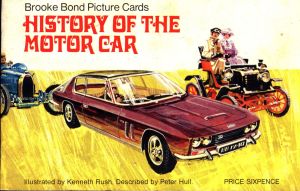 PG Tips, Brooke Bond’s most famous brand was launched in 1930 and by 1957, Brooke Bond was probably the largest tea company in the world, with a one third share of both the British and Indian tea markets. Brooke Bond, the brand, is currently owned by Unilever.

in estates of Upper Assam, Darjeeling and Tripura. It grows on the northern banks of the great Brahmaputra, which floods its banks every monsoon, creating a rich, humid soil.

There is plentiful rain in the monsoon and humidity lasts through the year. The soil and weather together give Assam Tea its strong malty flavour and deep body.

Brooke Bond Red Label, launched in 1903 is made in tea manufacturing units of Assam, Coochbehar, Darjeeling and some parts of Meghalaya.

The manufacturing process of tea includes the stages of withering (leaving tea leaves to dry), rolling/cutting (through which

complex series of chemical changes known as oxidation are initiated) drying and then grading into sizes.

In 1954, as a marketing strategy, the company introduced ‘collectable’ illustrated cards into their packets. Designed to be informative and appeal to children the cards were generally fifty in a series, and books were produced to hold them

Later subjects, from the late 1960’s, included historical subjects, such as ‘British Costume’ and ‘Famous Britons’.

The last series in the 1999 was based on the Chimps of the TV adverts. Between 1954 and 1999 there were a total of 85 separate titles issued around the world.

This entry was posted in Childrens Pastimes. Bookmark the permalink.