A Taste Of Empire – Malta

Posted on February 9, 2015 by kayjayaitch 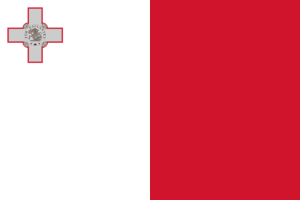 In 1814, as part of the Treaty of Paris, Malta officially became a part of the British Empire and was used as a shipping way‑station and fleet headquarters.

After the Suez Canal opened in 1869, Malta’s position halfway between the Strait of Gibraltar and Egypt proved to be its main asset and it was considered an important stop on the way to India.

This was an important trade route for the British and thus, the Maltese people took great advantage of this alliance as several culinary and botanical products were introduced into Malta; some examples (derived from the National Book of Trade Customs found in the National Library) include the entry of wheat (for bread making) and bacon (for ham and, more importantly, bacon butties!) which gained in popularity despite the ‘common knowledge’ that the staple diet of Malta was in fact rabbit, and earlier hare, especially in the form of pie!

In 1919 British troops fired on a rally protesting against new taxes, killing four Maltese men. The event, known as Sette Giugno (Italian for 7 June), is commemorated every year and is one of five National Days.

In the early 1930s the British Mediterranean Fleet, which was at that time the main contributor to commerce on the island, moved to Alexandria as an economic measure

and to be ou

t of range of Italian bombers.

During World War II, Malta played an important role owing to its proximity to

Axis shipping lanes. The bravery of the Maltese people during the second Siege of Malta moved King George VI to award the George Cross to Malta on a collective basis on 15 April 1942 “to bear witness to a heroism and devotion that will long be famous in history” 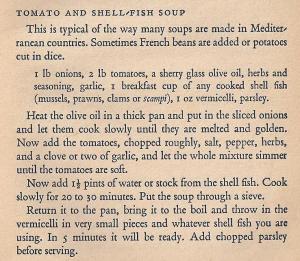 Some historians argue that the award caused Britain to incur disproportionate losses in defending Malta, as British credibility would have suffered if Malta surrendered, as British forces in Singapore had done.

A depiction of the George Cross now appears in the upper left hand corner of the Flag and coat of arms of Malta.

The collective award remained unique until April 1999, when the Royal Ulster Constabulary became the second – and, to date, the only other – recipient of a collective George Cross.

Malta joined the European Union in 2004 and signed the Lisbon Treaty in 2007.

Elizabeth II as Queen of Malta and thus Head of State, with a Governor‑General exercising executive authority on her behalf.

In 1971, the Malta Labour Party led by Dom Mintoff won the General Elections, resulting in Malta declaring itself a republic on 13 December 1974 (Republic Day) within the Commonwealth, with the President as head of state.

A defense agreement signed soon after independence (and re‑negotiated in 1972) expired on 31 March 1979.

Malta adopted a policy of neutrality in 1980. In 1989, Malta was the venue of a summit between US President George H.W. Bush and Soviet leader Mikhail Gorbachev, their first

face‑to‑face encounter, which signaled the end of the Cold War.

On 16 July 1990, Malta, through its foreign minister, Guido de Marco, applied to join the European Union.

The Maltese Islands have a number of religious festivities and cultural events that take place every year.

Feast days are the life of the Islands and some holy days are actually national holidays, such as the feast of Santa Marija in mid-August. Others, such as the harvest festival of Mnarja at the end of June, are steeped in folklore. However, the most important events to all villages are their individual fiestas, honouring their parish patron saint. 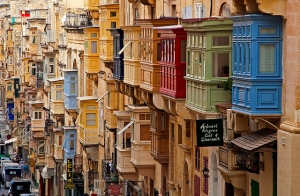 Religious holidays, such as Christmas and Easter, are highly celebrated, with the traditional festivities that go along with them.

As families tend to be quite close-knit, the holidays are a time to strengthen the sense of community as well as reinforce family bonds. Church services play a large role during this time of year and during the Holy Week of Easter, many flock to the churches in great numbers for the ‘seven visits’, the visit of seven churches, to pay homage to the Altars of Repose.

The festive commemorations are also a time of food, drink and

merriment which brings out the Mediterranean roots of the locals. Families prepare large Christmas and Easter lunches; giving thanks for all that they have with their relatives. During these fiestas the streets are lined with carts, selling a wide assortment of different foods as well as the more traditional sweets and delicacies.
Introduc

ed relatively recently, cultural events such as the Malta Fireworks Festival, the Malta Arts Festival, Notte Bianca, the Malta Jazz Festival and Mediterranean Gozo are becoming traditions in their own right.

The hand painted images on this post are from the late fifties and were, I believe, brought back from there by my parents a few

years later, (my father was stationed there around that time with the Navy, while my older brother was actually born there!)

The recipes are from a volume in the archive entitled ‘A Book Of Mediterranean Food’ by Elizabeth David that I shall have to follow up in future blogs. 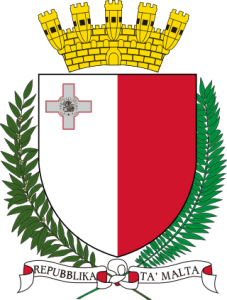 The image on the right is the ‘coat of arms’ of Malta and displays in the top left corner an image of the George Cross that I mentioned earlier in this post.