Polish cuisine has been crafted over the centuries by an influx of merchants from Madrid, Paris, Genoa and Florence, to name but a few.

Influences from the cuisines of surrounding countries have helped Poland to develop its own distinctive cuisine. To this day its centuries old traditions are followed by migrant communities around the globe.

For centuries the foods of Poland have stood up against countries such as France and Italy and not been found wanting.

Today, Polish national cuisine shares many similarities with other European traditions whilst retaining a good proportion of their own regional gastronomic traditions and distinctive flavours.

The backbone of the culture is rich in pork, chicken, beef, winter vegetables (cabbage in bigos for example) and spices. Pasta also features in many dishes, the most notable being pierogi.

Polish cuisine is hearty and the preparation of traditional dishes can be time-intensive, so the Poles will allow themselves plenty of time to prepare and enjoy their festive meals.

Some feasts, such as Christmas Eve or Easter breakfast, (Swięconka which means “the blessing of the Easter baskets” and is one of the most enduring and beloved Polish traditions on Holy Saturday) can take days to prepare in their entirety.

Notable foods in Polish cuisine include soups such as Bortsh (barszcz) and Tripe Soup (flaczki), pierogi, oscypek, kotlet schabowy, kotlet mielony, bigos and potato dishes such as kanapka and zapiekanka.

Traditional Polish desserts include faworki, gingerbread and babka.
Fermented dairy goods such as soured milk, buttermilk and kefir (a style of yoghurt) also feature alongside side dishes such as gherkin, pickled cucumber and sauerkraut.

Vodka, (known in Polish as Wódka) is believed to have been invented in Poland and according to a recent report, Poland is Europe’s third largest beer producer.

Being a ‘hunters or peasants stew’ it may also include rabbit, hare, venison and other game, along with tomatoes, honey and mushrooms. Bigos is usually served with mashed potatoes or rye bread. Pepper, caraway, juniper berries, bay leaf, marjoram, pimenta, dried or smoked plums are all acceptable seasonings.
One observed tradition is to keep a pot of bigos going for a week or more, replenishing ingredients as necessary.

It is a traditional part of the winter diet

in Poland and surrounding countries and is ritually served on the Second Day of Christmas.

Pączki are deep-fried pieces of dough shaped into flattened spheres and filled with confiture or other sweet filling.

Pączki are usually covered with powdered sugar, icing or bits of dried orange zest. A small amount of grain alcohol (traditionally Spiritus) is added to the dough before cooking. (as it evaporates, it prevents the absorption of oil deep into the dough)

Although they may look like your bog standard doughnut, pączki are made from especially rich dough containing eggs, fats, sugar, and sometimes milk.

Pączki have been known in Poland at least since the Middle Ages.

Jędrzej Kitowicz has described that during the reign of August III, under the influence of French cooks who came to Poland, pączki dough was improved, so that the pączki became lighter, spongier, and more resilient. 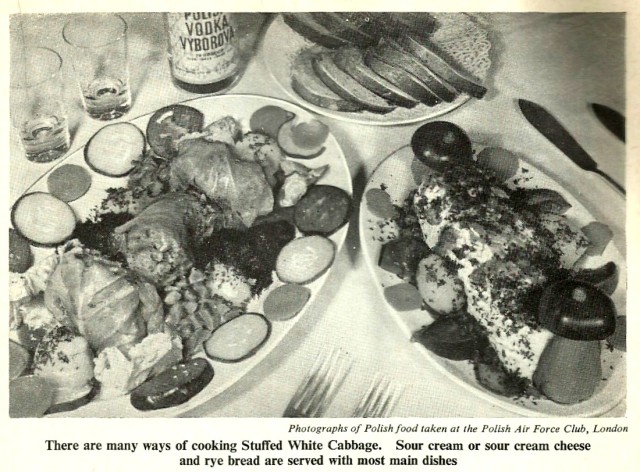