The cathedral city of Hereford is also the county town. One of the most rural and sparsely populated in England, Herefordshire is predominantly agricultural and the county is well known for its fruit and cider production, and of course, Hereford cattle.

The River Wye, which at 135 miles is the fifth-longest in the United Kingdom, enters the county after briefly being its border with Powys. It flows through both Hereford and Ross-on-Wye before becoming returning to Wales. Leominster is situated on the River Lugg, a tributary of the Wye.

The Wye Valley, south of Hereford, and the Malvern Hills in the East of the county, are both Areas Of Outstanding Natural Beauty. The major settlements in the county include Hereford, which is the county town and Herefordshire’s only city, as well as the towns of Leominster, Ledbury, Ross-on-Wye, Kington and Bromyard. 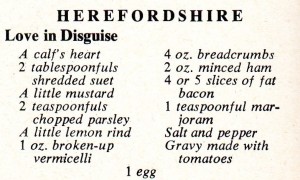 In the time of Aethelstan (895 – 939) was noted as a Shire, and is also mentioned in the Anglo-Saxon Chronicle in 1051. In the Domesday Survey some adjacent areas of the Welsh Marches are assessed under Herefordshire. Being situated on the Welsh border, Herefordshire shares historic and linguistic affinities with Wales, the 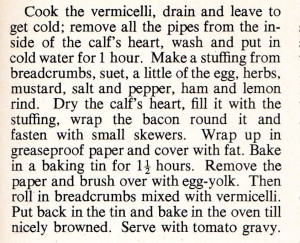 Welsh name for Herefordshire is Sir Henffordd. Prior to the arrival of the West Saxons, the region roughly corresponding to modern Herefordshire lay under the control of earlier Welsh kingdoms, principally the minor kingdom of Ergyng. The Welsh language still held sway in many parts of the county until the 19th Century and welsh was still being spoken by individuals until comparatively recently.

between Wales and Mercia, and established the minor kingdom of Magonset, which was later absorbed into Mercia. The district which is now Herefordshire was occupied by a tribe the Hecanas, who congregated chiefly in the fertile area about Hereford and in the mining districts round Ross-on-Wye. In the 8th century Offa extended the Mercian frontier to the Wye, securing it by the earthwork known as Offa’s Dyke.

In 915 the Danes made their way up the Severn to the district of Archenfield, where they took prisoner Cyfeiliawg, Bishop of Llandaff, and in 921 they besieged Wigmore, which had been rebuilt in that year by Edward I.

From the time of its first settlement the district was the scene of constant border war with the Welsh, and Harold, (Harold Godwinson : Earl of Hereford and last

Anglo-Saxon King of England) whose Earldom included this county, ordered that any Welshman caught trespassing over the border should lose his right hand.

In the period preceding the Conquest much disturbance was caused by the outrages of the Norman colony planted in this county by Edward the Confessor. Richard’s castle in the north of the county was the first Norman fortress erected on English soil, and Wigmore, Ewyas Harold, Clifford, Weobley, Hereford, Donnington and Caldicot were all the sites of Norman strongholds.

Following the Norman Conquest, in about 1067, William I granted The earldom of Hereford to William FitzOsbern, entrusting him with the subjugation of Herefordshire. But on the outlawry of his son Roger in 1074 the title lapsed until conferred on Henry de Bohun about 1199. It remained in the possession of the de Bohuns until the death of Humphrey de Bohun, 7th Earl of Hereford in 1373.

During ‘The Anarchy’ (the prolonged civil war of Stephen’s reign) Hereford and Weobley Castles were held against the King, but were captured in 1138.
In the 14th and 15th centuries the forest of Deerfold gave refuge to some of the most noted followers of

In 1397 Henry, Earl of Derby, afterwards King Henry IV, who had married Mary de Bohun, was created Duke of Hereford.
During the Wars of the Roses the

influence of the Mortimers led the county to support the Yorkist cause, and Edward, afterwards Edward IV, raised 23,000 men in this neighbourhood. The Battle of Mortimer’s Cross was fought in 1461 near Wigmore.

In more recent times Romany Gypsies and Irish Travellers have historically been Herefordshire’s largest minority ethnic group who contribute to the counties economy through seasonal working, such as apple picking.

The county is famous for its apple and pear orchards, and its cider. The well-known cider producers based in Herefordshire 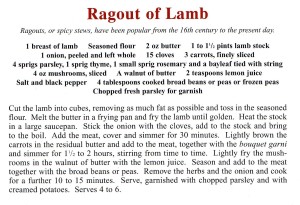 Probably Hereford’s most famous export is its Hereford beef cattle (above). Herefords are docile but extremely hardy creatures and these attributes have led to their proliferation across the world, particularly the USA, South America and Australia. The breed is so gentle that a Hereford bull has been used as the mascot for Hereford United Football Club for many years, led around the club’s Edgar Street ground before major matches. 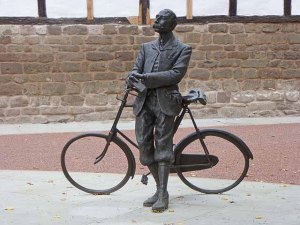 The county flower of Herefordshire is the Mistletoe.