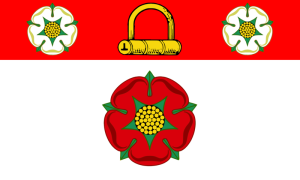 After the Romans left, the area eventually became part of the Anglo-Saxon kingdom of Mercia, and Northampton functioned as an administrative centre. The Mercians converted to Christianity in 654 AD with the death of the pagan king Penda.

From about 889 the area was conquered by the Danes and became part of the Danelaw – with Watling Street serving as the boundary – until being recaptured by the English under the Wessex king Edward the Elder, son of Alfred the Great, in 917. 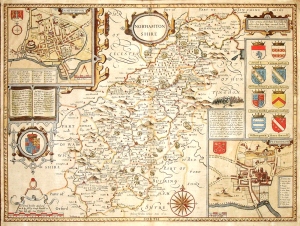 Northamptonshire was conquered again in 940, this time by the Vikings of York, who devastated the area, only for the county to be retaken by the English in 942.

Consequently, it is one of the few counties in England to have both Saxon and Danish town-names and settlements. The county was first recorded in the Anglo-Saxon Chronicle (1011), as Hamtunscire: the scire or shire of Hamtun (the homestead). The “North” was added to distinguish Northampton from the other important Hamtun further south: Southampton – though the origins of the two names are in fact different.

Rockingham Castle was built for William the Conqueror and was used as a Royal fortress until Elizabethan times. The now-ruined Fotheringhay Castle was used to imprison Mary, Queen of Scots, before her execution and in 1460, during the Wars of the Roses, the Battle of Northampton took place and King Henry VI was captured.

During the English Civil War, Northamptonshire strongly supported the Parliamentarian cause, and the Royalist forces suffered a crushing defeat at the Battle of Naseby in 1645 in the north of the county. King Charles I was imprisoned at Holdenby House in 1647.

In 1823 Northamptonshire was said to “enjoy a very pure and wholesome air” because of its dryness and distance from the sea. Its livestock were celebrated: “Horned cattle, and other animals, are fed to extraordinary sizes: and many horses of the large black breed are reared.”

Nine years later, the county was described as “a county enjoying the reputation of being one of the healthiest and pleasantest parts of England” and is still referred to as the county of “spires and squires” because of the numbers of stately homes and ancient churches it accommodates.

Despite a period of industrialisation in the 18th and 19th centuries, the local specialisation was shoemaking and the leather industry and for a time the county became the hub of world shoemaking, much of Northamptonshire remains largely rural. 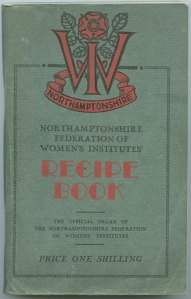 The Midlands region as a whole is famous for its pork scratchings : salted, crisp pieces of rendered pig skin. Originally the word scratching referred to the crisp, cooked membrane after pig fat had been cooked out and is an inevitable by-product of lard-making. It is unlikely that anyone set out with the intention of making pork scratchings, they were simply there for the taking at pig-killing time.

Northamptonshire was also well known for the practice of cottage pig-keeping. Farmers’ wives sent pies filled with haslet as presents to neighbours at pig-killing time.

Eliza Acton, poet and cookery writer, (Modern Cookery for Private Families appeared in 1845) describes a haslet pudding containing “the heart, liver, kidneys etc. of the pig”, which she says was held in much esteem in these counties. By transference, it came to describe the very dish itself, made from the pluck by chopping and roasting or boiling the pieces. 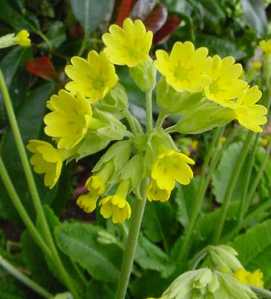 A Good Northamptonshire Pudding: 2ozs. butter, 4ozs. of flour, 3 ozs of castor sugar, and 2 eggs and 1 tablespoon of raspberry jam.

Cream the butter and sugar, let it stand for 15 minutes, then add the flour eggs alternately and lastly mix in the jam. Steam for 2 hours.