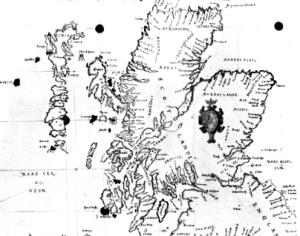 Venison was once the rich man’s prerogative : the food of Kings. Indeed, many of the great houses of England, Scotland and Wales, and to be honest those of northern continental Europe as well, began life as hunting lodges of the nobility.

But venison, like swan, was for long ages considered the property of the King. Indeed, even today all swans in Britain belong to the Monarch. The only person who can, legally, eat swan is the Queen herself. (An early form of species protection perhaps) Nevertheless, though that ‘law’ remains on the statute books, the present Queen is as bound by the same laws protecting the bird as any other citizen. 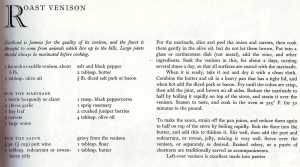 Venison, rich in taste and having a strong gamey flavour, can be off-putting to many but very often a well prepared dish can change that perception. It is also somewhat stigmatised by the perception is that venison is only for those who can afford it, and that stalking in Scotland is only for those with a strong stomach and even stronger bank account. 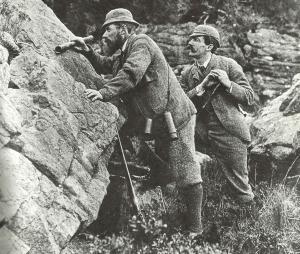 But venison is making a comeback of sorts. The demand for venison is growing with the advent of cookery programmes and books by ‘celebrity chefs’ extolling its virtues. Deer meat is beginning to compete with that of the pig, lamb and even cow.

There was a time, not so very long ago, when venison was hard to come by and took an age to filter down to the consumer. Now with the larger supermarket chains beginning to supply all kinds of joints, steaks, stews and prepared dishes it is far more accessible.

On the health side it has a third of the fat of chicken, has a higher iron content than any other red meat and is readily available as a ‘home-grown’ product.

Venison can be cut into steaks, chops, roasting joints and converted into sausages and minced meat as an alternative to beef or lamb. Although the flavour is reminiscent of both it is richer and has a definable gamey quality. It is also higher in moisture, similar in protein and lower in calories, cholesterol and fat than most cuts of beef, pork, or lamb. 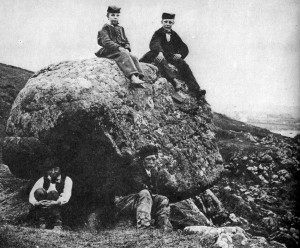 Venison burgers are typically so lean as to require the addition of fat in the form of bacon, olive oil or cheese to achieve parity with the hamburger.

The offal of deer is not called venison. They are known as the ‘noumbles’ and are thought to be the origin of the phrase ‘humble pie’ (a dish best served cold)

And finally a recipe from Mary Smith set out in The Complete House-keeper, and Professed Cook published circa. 1772

To Roast A Haunch Of Venison

Pare off the shank of your venison, spit it, rub it over with the yolk of an egg, butter a sheet of paper and lay over it, roll a thin sheet of common paste and lay on the paper, then lay another sheet of paper upon the paste, tie it tight the paste from falling off; lay it down to roast, and keep it a good distance from the fire, and baste it well. If it is a large one, it will take four hours to roast it; if a small one, three hours will do. When it is done, take off the paste and paper, dust on some flour, and baste it with butter: when it is of a nice light brown, dish it up with some brown gravy under it, and currant jelly sauce in a boat. – Serve it up hot to remove fish, or for the foot of the table.

The market in deer in the UK is currently estimated to be worth around £45m a year.