In 1496, King Henry VII of England, somewhat miffed at the successes of Spain and Portugal in the overseas exploration stakes, commissioned John Cabot to lead a voyage to discover a route to Asia via the North Atlantic to even things up a bit.

And so, in 1497 Cabot sailed westward in search of fame and fortune. Unfortunately, although he successfully made landfall on the coast of Newfoundland (mistakenly believing, like Christopher Columbus, that he had reached Asia) he failed to attempt to found a colony. The following year he led another voyage to the Americas but his fleet was never heard of again.

No further attempts to establish English colonies in the Americas were made until well into the reign of Elizabeth I. (below right)

In 1562 she sanctioned the privateers John Hawkins and Francis Drake to engage in slave-raiding attacks against Spanish and Portuguese ships off the coast of West Africa with the aim of breaking into the Atlantic trade system.

This effort was rebuffed and later, as the Anglo-Spanish Wars intensified, Elizabeth lent her blessing to further privateering against Spanish ports in the Americas and shipping that was returning across the Atlantic, laden with treasure from the New World.

In 1578 she granted a patent to Humphrey Gilbert for discovery and overseas exploration. And so, that same year, Gilbert sailed for the West Indies with the intention of engaging in piracy (the Protestant Reformation had made enemies of England and Catholic Spain) and establishing a colony in North America. Unfortunately the expedition was aborted before it had not even crossed the Atlantic. 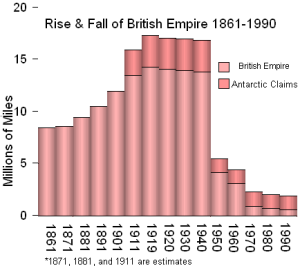 1583  he embarked on a second attempt, on this occasion to the island of Newfoundland whose harbour he formally claimed for England, although no settlers were left behind.

Sadly Gilbert did not survive the return journey to England, and his half-brother, Walter Raleigh, took up the reins when Elizabeth granted him his own patent in 1584. Later that year, Raleigh founded the colony of Roanoke on the coast of present-day North Carolina, but lack of supplies caused the colony to fail. Coincidentally  piracy in the Caribbean region did increase quite exponentially around the same time.

In 1603, James VI, King of Scotland ascended to the English throne as James I of England and in 1604 negotiated the Treaty of London, ending hostilities with Spain, her main rival.

With peace breaking out all over English attention shifted from preying on other nations’ colonial infrastructures to the serious business of establishing its own. 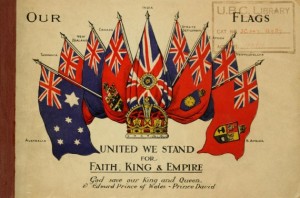 During the early 17th century The British Empire began to take shape. An English settlement of North America and the smaller islands of the Caribbean led the way. The establishment of private companies, most notably the English East India Company, to administer colonies and overseas trade saw even further expansion. At the same time, influential writers such as Richard Hakluyt and John Dee were beginning to press for the establishment of England’s own empire.

Spain had become the dominant power in the Americas and was exploring the Pacific, Portugal had established trading posts and forts from the coasts of Africa and Brazil to China, and France had begun to settle the Saint Lawrence River, later to become New France.

And the British Empire grew, consuming lands and territories as it went until it far surpassed its original possessions and trading posts of the late 16th and 18th centuries.

At its height the dominions, colonies, protectorates, mandates and other territories ruled or administered by the United Kingdom coalesced into was the largest empire in history become, for over a century, the foremost global power.

As a result, the British Empires political, legal, linguistic and cultural legacy is widespread. At the peak of its power, the phrase “the empire on which the sun never sets” was often used: its expanse around the globe meant that the sun was always shining on at least one of its territories.

By the start of the twentieth century, Germany and the United States had eroded some of Britain’s economic lead. Subsequent military and economic tensions between Britain and Germany were major causes of the First World War, during which Britain relied heavily upon its empire. 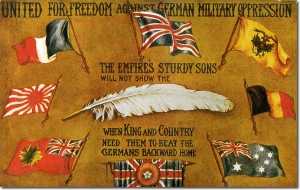 The ‘War to end all Wars’ placed enormous financial and population strain on Britain.

Despite this the empire achieved its largest territorial extent immediately after World War I.

In 1922 the British Empire held sway over about 458 million people, one-fifth of the world’s population at the time and the empire covered more than a quarter of the Earth’s

In the Second World War, Britain’s colonies in South-East Asia were occupied by Japan. Despite the eventual victory of Britain and its allies, British prestige accelerated the decline of the empire. 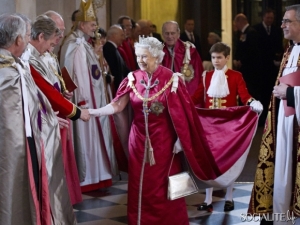 After independence, many former British colonies joined the Commonwealth of Nations, a free association of independent states while sixteen Commonwealth nations share their head of state, Queen Elizabeth II, as Commonwealth realms. 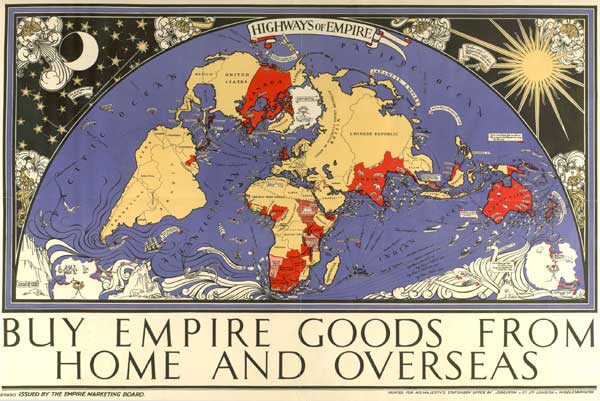