Regional England : The Isle Of Wight

The Isle of Wight is first mentioned in writing in Geography by Claudius Ptolemaeus.

The Roman historian Suetonius mentions that the entire island was captured by the commander Vespasian, who later became emperor. (The remains of at least 5 Roman villas have been found on the island.)

At the end of the Roman Empire, the island of Vectis became a Jutish kingdom ruled by King Stuf and his successors until AD 661 when it was invaded by Wulfhere of Mercia and forcibly converted to Christianity at sword point.

But be that as it may, when he left for Mercia the islanders, as a man, reverted to paganism! Pig-headed to the last!

In AD 685 it was invaded by Caedwalla of Wessex at which point it was considered to have become part of Wessex. In 686, at Caedwalla’s insistence, it became the last part of England to convert to Christianity.

Following Alfred the Great’s making of the West Saxon kings as the kings of all England, it then became part of England. The island became part of the shire of Hampshire and was divided into ‘hundreds’ as was the norm in those days.

From this time the island suffered especially from Viking predations until, in a definite fit of pique,  Alfred the Great’s navy soundly defeated the Danes in 871 after they had “ravaged Devon and the Isle of Wight” Did I mention they were a bloody minded people?

The Norman Conquest created the position of Lord of the Isle of Wight. Carisbrooke Priory and the fort of Carisbrooke Castle were founded. The island did not come under full control of the Crown until it was bought by Edward I in 1293. Yes, bloody minded to the last! 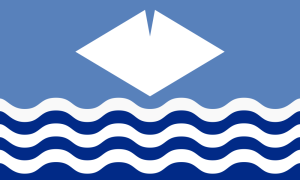 In 1374, the Castilian fleet, led by Fernán Sánchez de Tovar, the 1st Lord of Belves, sacked and burned the island.

The Lordship thereafter became a royal appointment, with a brief interruption when Henry de Beauchamp, 1st Duke of Warwick was in 1444 crowned King of the Isle of Wight,with King Henry VI assisting in person at the ceremony, placing the crown on his head. With no male heir, the regal title expired on the death of Henry de Beauchamp in 1446. 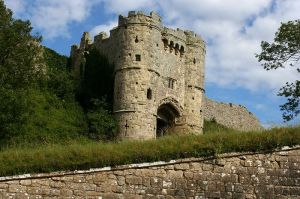 Henry VIII, who developed the Royal Navy and its permanent base at Portsmouth, fortified the island at Yarmouth, Cowes, East Cowes, and Sandown.

During the English Civil War King Charles fled to the Isle of Wight, believing he would receive sympathy from the governor, Robert Hammond who was, quite rightly indignantly appalled, and imprisoned the king in Carisbrooke Castle.  (Charles had originally intended to flee to Jersey, but became lost in the New Forest and missed the boat! Or so he claimed anyway!)

During the Seven Years War, the Island was used as a staging post for British troops departing on expeditions against the French coast such as the Raid on Rochefort.

During 1759 with a planned French invasion imminent, a large force of soldiers were kept there so they could be moved at speed to any destination on the Southern English coast. 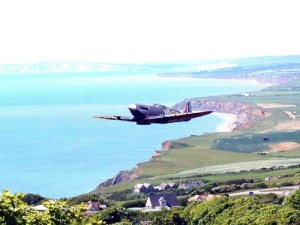 The French called off their invasion following the Battle of Quiberon Bay.

During the Second World War the island was frequently bombed. With its proximity to France the island also had a number of observation stations and transmitters, and was the starting-point for one of the earlier Operation Pluto pipelines to feed fuel to the Normandy landings.

The Isle of Wight was part of Hampshire until 1890 when it became an independent administrative county. It is now a county in it’s own right as well as being England’s largest island at three miles by eight.

Situated in the English Channel off the coast of Hampshire, separated from the mainland by The Solent, it is roughly the size of Rutland.

Queen Victoria had her much-loved summer residence, Osborne House, here while maritime and industrial traditions such as boat building, sail making, the manufacture of flying boats, the world’s first hovercraft and its many resorts have been holiday destinations since Victorian times.

During her reign, in 1897, the world’s first radio station was set up by Marconi, at the Needles Battery, at the western tip of the island. The Needles battery was later used as the site for testing and development of the Black Arrow and Black Knight space rockets, subsequently launched from Woomera, Australia.

At the turn of the 19th century the island had ten pleasure piers including two at Ryde and a “chain pier” at Seaview. The Victoria Pier in Cowes succeeded the earlier Royal Pier but was itself removed in 1960.

The piers at Ryde, Seaview, Sandown, Shanklin and Ventnor originally served a coastal steamer service that operated from Southsea on the mainland. Today only the railway pier at Ryde and the piers at Sandown, Totland Bay and Yarmouth survive. Blackgang Chine is arguably the oldest theme park in the UK, and one of the oldest in the world. 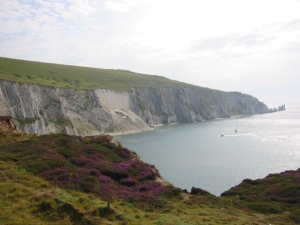 The heritage of the island is a major asset, which has for many years kept its economy going. Holidays focused on natural heritage are becoming a growing alternative to the traditional British seaside holiday. The island has well-conserved wildlife and some of the richest cliffs and quarries for dinosaur fossils in Europe.
The Isle also hosts annual festivals including the Isle of Wight International Jazz Festival, Bestival and the recently revived Isle of Wight Festival, which, in 1970, was the largest rock music event ever held. The 1970 show was notable both for being one of the last public performances by Jimi Hendrix and for the number of attendees reaching, by many estimates, 600,000.

Tourism remains the largest industry on the island. In 1999, the 130,000 island residents were host to 2.7 million visitors. Of these, 1.5 million stayed overnight, and 1.2 million visits were day visits. Only 150,000 of these visitors were international visitors. Out of the peak summer season, the island is still an important destination for coach tours from other parts of the United Kingdom and an annual walking festival has attracted considerable interest. The Isle of Wight Coastal Path follows the coastline for 67 miles. 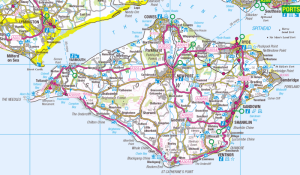 This entry was posted in Counties Of England and tagged Isle Of Wight, Portsmouth, Vectis. Bookmark the permalink.