All Hail The Easter Bunny!

Rabbits have been associated with the spring since ancient times. It is believed that the Anglo-Saxon Goddess of Spring, Eostre had a hare as her companion.

The hare is an ancient symbol of fertility and rebirth and was a popular motif in medieval church art although later Christians changed the symbol of the hare to the Easter Bunny, probably to make the image more ‘user-friendly’

Both rabbits and hares are prolific breeders and can, from an early age, give birth to several litters a year (hence the saying, ‘breeding like rabbits’).

It is therefore not surprising that rabbits and hares should become fertility symbols, or that their springtime mating antics should enter into Easter folklore.

And so both of these traditions were packaged up into one : An Easter bunny who visits on Easter Sunday to hide baskets of eggs and sweets around the house and garden for children to find. 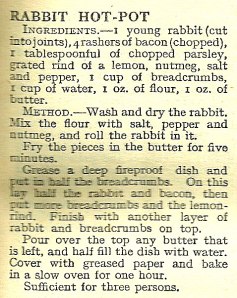 In the 18th century, the idea of an egg-laying rabbit was taken to America by German immigrants.

They told their children to make ‘nests’ with their bonnets, and if they were good the Easter bunny would leave them eggs and sweeties.

Sadly however, there’s no story in the Bible about a cute, fluffy, long-eared, cotton-tailed creature known as the Easter Bunny!

Nor is there a passage about young children painting eggs or hunting for baskets overflowing with scrumptious Easter goodies!

And face painting is not put forward as a serious option either. 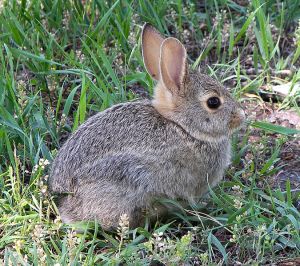 And don’t tell everybody but real rabbits don’t lay eggs!

This entry was posted in Easter, The Evolution Of . . . and tagged chocolate, Easter, eggs, hare, rabbits, religious. Bookmark the permalink.