This fruit bread, originating in Milan, (though also claimed by regions of southern France, Germany and Switzerland) is essentially a breakfast bread for high days and holidays.

The name derives from ‘panetto’, a small loaf which with the suffix ‘o-neh’ becomes a large loaf.

Like the German stollen and the French fruit braid it is a Christmas speciality that is growing in popularity in the UK with its introduction into the Christmas lines of the larger store chains.

The influx of German companies such as Lidl and Aldi have also ‘spread the word’ of its  qualities to a wider audience. The addition of eggs make this a richer product than most of the other fruit breads I have covered.

The recipe given below is from the seventies baking book that has proved to be a wealth of such speciality products. 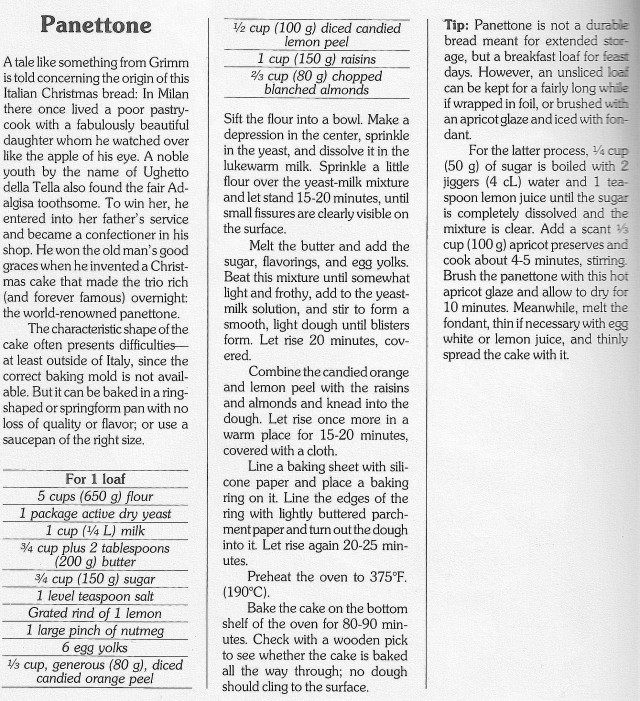