Halloween, also known as All Hallows’ Eve, is a yearly holiday observed around the world on October 31st, the eve before the feast of All Hallows.

It is believed to have originated from such pagan traditions as the harvest festivals and festivals honouring the dead. The practice dating back to the Middle Ages, includes Christmas wassailing.

Trick-or-treating resembles the medieval practice of souling, where poor folk would go from door to door on Hallowmas (November 1st) carrying their ‘Jack o’ lanterns’ to receive food in exchange for prayers for the dead on All Souls Day (November 2nd) It is believed to have originated in Ireland and Britain. 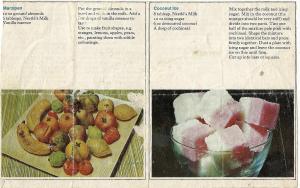 With Halloween comes the trick or treat season, when children dressed up in mock-horror costumes go from house to house with the open question ‘Trick or Treat’

The trick usually involves a veiled, generally idle, threat to trash the garden, the house or perform some mischievous prank or other on the homeowner while a treat would consist of sweets, or in some cultures, money!

Halloween costumes are traditionally modelled on supernatural figures, monsters, ghosts, skeletons, witches, and devils, while more recently this has extended to include popular characters from fiction, celebrities, and generic archetypes such as ninjas and princesses. Dressing up in costumes and going “guising” was prevalent in Ireland and Scotland at Halloween by the late 19th century. 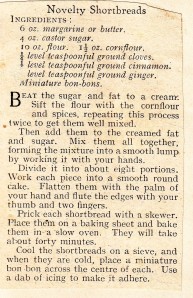 Costuming became popular for Halloween parties in the US in the early 20th century, as often for adults as for children. The first mass-produced Halloween costumes appeared in stores in the 1930’s when trick-or-treating was becoming popular in the United States.

Here I also give you a few more recipes from the archive involving more traditional sweetmeats from times of dearth and times of plenty!

This entry was posted in Christmas, Sweets and tagged All Hallows Eve, Jack o' Lantern, trick or treat. Bookmark the permalink.