Derbyshire is a hugely diverse county. Its cities and towns co-exist with spectacular scenery, while industry and leisure work hand in hand to ensure the protection of the countryside.

The main city is Derby. Although steeped in history, it is one of Britain’s youngest cities, being awarded its Charter by Her Majesty the Queen in 1977.

Derby has a unique mixture of arts, tourism and cultural venues.

The Arboretum in Derby was Britain’s first public park, opened in 1840. Elvaston Castle Country Park, opened in 1970, was also the first of it’s kind.

Derbyshire can also claim three-quarters of the 500 square mile Peak National Park, the first national park to be set up in Britain, which lies at the southern end of the Pennines.

Around the city, old market towns thrive. Bakewell, home of the renowned Bakewell pudding, dates back to Saxon times.

Buxton, the Bath (Somerset) of the north. It’s warm springs were appreciated by the Romans who called it Aquae Arnmetiae. Much later Elizabethan courtiers made the hazardous journey to bathe and drink the

County Durham is a ceremonial county and unitary district in north east England. The largest settlement in the county is the town of Darlington. It’s heritage is a mixture of mining and farming and later had a heavy railway industry, based around Darlington, Shildon and Stockton in the south-east.

The ceremonial county borders Tyne and Wear, North Yorkshire and Northumberland, a part of the North East England region. The county town of Durham is to the south west of Sunderland and claims to be built upon the symbolic seven hills. High above the Wear, the cathedral dominates the skyline. 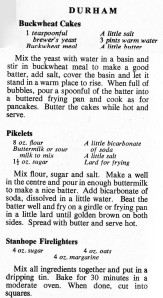 The steep riverbanks are densely wooded, adding to the picturesque beauty. The River Wear flows north through the city which encloses the centre on three sides to form Durham’s peninsula.

The Bailey is almost entirely owned and occupied by the university and the cathedral. Many of the inner city areas are now inhabited by students living in shared houses.

Dorset(shire), is a county in South West England. The county town is Dorchester in the south. The county has a long history of human settlement and some notable archaeology, including the hill forts of Maiden Castle and Hod Hill.

A large defensive ditch, Bokerley Dyke, delayed the Saxon conquest of Dorset for up to 150 years. In 1348 the black death came ashore at Melcombe Regis and subsequently spread throughout England, killing a third of the population. 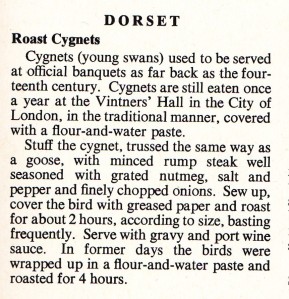 The first trade union was formed by farm labourers from Tolpuddle in 1834.

The Duke of Monmouth and his rebels landed at Lyme Regis, during the English Civil War (1642–1651) and angry yokels fought with Cromwell’s forces near Shaftesbury, and The naval base at Portland has had a pivotal role in the nation’s defence for many years.

Dorset is largely rural with many small villages, few large towns and no cities.

The only major urban area is the South East Dorset conurbation, consisting of the seaside resort of Bournemouth, the historic port and borough of Poole and the towns of Christchurch and Ferndown. Poole, the second largest settlement contains the suburb of Sandbanks which has some of the highest land values by area in the world.

The other two major settlements in the county are Dorchester, which has been the county town since at least 1305 and Weymouth, a major seaside resort since the 18th century. Blandford Forum,

Sherborne, Gillingham, Shaftesbury and Sturminster Newton are historic market towns which serve the farms and villages of the Blackmore Vale in north Dorset. The historic Saxon market towns of Wareham and Wimborne Minster are located to the east while Lyme Regis and Swanage are small coastal towns.

This entry was posted in Bakery, Counties Of England and tagged Bakewell Pudding, history, traditional. Bookmark the permalink.