Aberdeen . . . A Burgh Of Royal Heritage

The city of granite, established during the reign of Malcolm III (1058-93) has always sparkled, appealing to both the intellect and the eye. The City was granted the Freedom of the Lands of Aberdeen by the charter of Robert the Bruce, who bestowed many gifts and six separate charters of independence and self governance upon it. 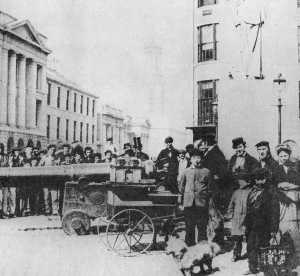 Aberdeen has always had a strong relationship with the sea. After improvements to the harbour in the late 18th century Aberdeen developed as a fishing port and salted herring, or silver darlings as they are known locally, became an important export and local food source. Bishop William Elphinstone, under the Popes beneficence, established Kings College in 1495, while a mere hundred years later the Protestant Marischal College was created.

Since then the University has nurtured the flowering of great minds in the arts and the sciences.

Even today it leads the research field in many areas of medical science, all centred around the impressive Institute of Medical Studies as well as geological research linked to the ongoing oil exploration.

Folllowing the advent of offshore oil in the 70’s   Aberdeen was bestowed the title of “Oil Capital of Europe” which led to a major boost to the City’s fortunes. Through economic slumps and the national recession of the 90’s the stability in oil prices has meant that Aberdeen was equipped to endure the fiscal strife far better than the majority of the United Kingdom.