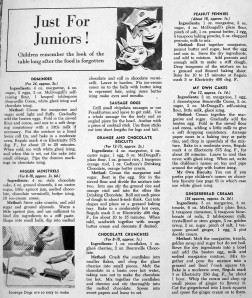 Many of the popular celebratory customs associated in various countries with Christmas have pre-Christian or secular themes and origins.

Popular modern customs of the holiday include gift-giving, music, an exchange of Christmas cards, church celebrations, a special meal, and the display of various decorations; including Christmas trees, lights, garlands, mistletoe, nativity scenes, and holly.

In addition, several figures, known as Saint Nicholas, Father Christmas, and Santa Claus, among other names, are associated with bringing gifts to children during the Christmas season.

December 25th is regarded as a religious and/or cultural holiday by billions of people around the world. The feast itself is central to the Christian liturgical year, closing the Advent season and initiating the twelve days of Christmastide.

Because gift-giving and many other aspects of the Christmas festival involve heightened economic activity among both Christians and non-Christians, the holiday has become a significant event and a key sales period for retailers and businesses.

The economic impact of Christmas is a factor that has grown steadily over the past few centuries in many regions of the world. Christmas is a civil holiday in many of the world’s nations  and is celebrated by an increasing number of non-Christians. It is an integral part of the Christmas and holiday season.

But Christmas is also a time for children, not just revolving around the things that can be bought on the High Street. To which end I am publishing these pages from the fifties when the modern idea of having everything on tap was out of the question for the majority.

It was a time when the imagination of the family could be invested wholeheartedly in the production of the decorations and gifts to be made, along with the cake and the mince pies!

And all the months of spartan frugality would be forgiven for a fortnight of feasting and merriment whether Christian or secular!