The Cooking Of Fish

Cooking with fish has long been a contentious subject. The main problem has always been to what degree it must be cooked. Should it, like pork, be thoroughly cooked out or more like a rare steak?

The Victorians always insisted on their fish well cooked, despite the new, fancy recipes being introduced from the Continent.

The change began toward the end of the 19th century when large and luxurious hotels, virtual palaces, began to appear in London. With them came the need for well trained and creative cooks to provide the highest quality cuisine. 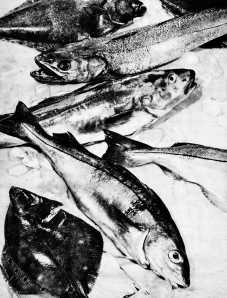 Today with a far better understanding of the possible contamination of raw fish and vastly improved storage this is not as much of a problem as it was when this booklet was published. Though it is undated I estimate, from the quality of the colour photography and the language used in the text, that it was published sometime in the late fifties, early sixties.

The choice of fish available was fairly limited, not through availability, more through the knowledge of the buyer. A standard line up in the fishmongers would have included Oysters, Mussels, Crayfish, Lobster, Eel, Cod, Hake, Halibut, Haddock, Plaice and Sole.

After the First War, during which meat supplies had to be rationed, fish began to look a more viable option to the home cook. With an eye to the inherent suspicion of the Victorians, the government of the day, in conjunction with groups like The Trawlermens Association drew up rules for the correct buying and handling of fresh fish.

Along with this came clearly defined rules on the best means of cooking fish. Frying was probably the most commonly used method, based on the old Victorian predjudices. Due to the high heat required, a well fried fish would not ‘detract from ones well-being’ 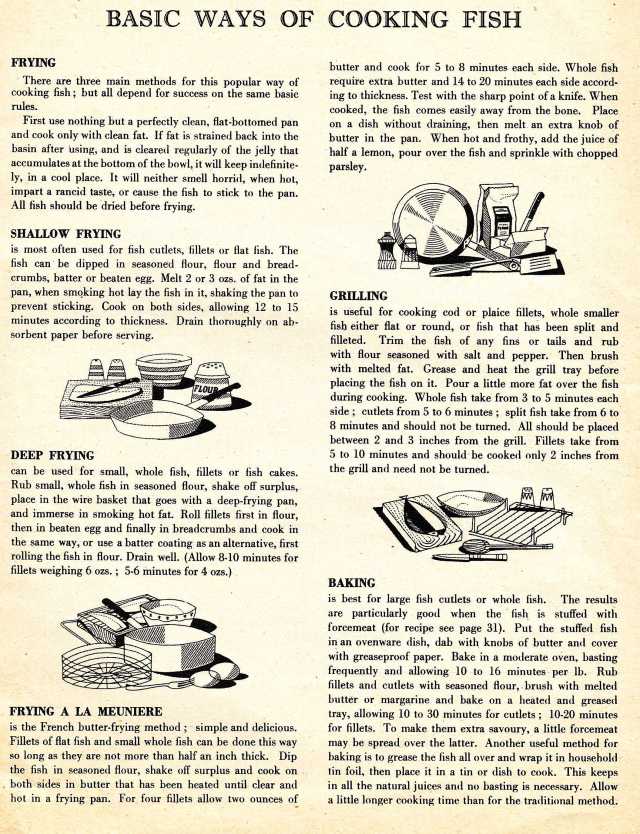 I find the reference to the use of the ‘newly introduced’ garlic bulb quite amusing! Recipes for the somewhat eye-watering presentations above will follow in the run up to Easter weekend.